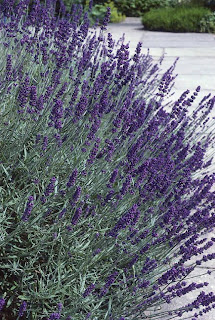 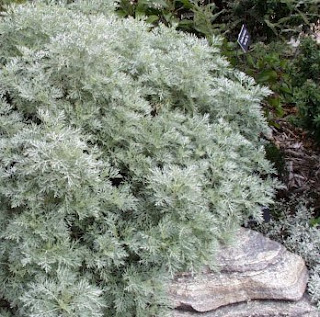 A lot of my clients ask me if there is a way to tell whether or not a plant is drought tolerant just by looking at it. They want to be able to impulse purchase plants at their local nursery and know that they will work in their low water use gardens. It isn't always possible to tell, but the following can at least be helpful.

Drought tolerant plants, or plants that will work in a xeriscape garden (which comes from the word xeric, which just means dry, not from zero, as many people think), are going to have a few simple characteristics that they evolved to help them live in dry climates. If you look for the characteristics, they can be the give-away for what the plant might want.

1) Xeriscape plants often have a grey-green color to their leaves, not a green-green. This is because they are from places where light is abundant but water is scarce. They want save their water but can afford to loose a few chlorophyll cells. Plants that live in places like rainforests have the opposite problem. They get plenty of water but are probably shaded by a tree canopy, so they want all the chlorophyll they can get in their leaves so that they can absorb what little light comes their way. So rule #1 is: Grey-green is probably drought tolerant. Green-green is probably not.

3) Xeriscape plants tend to have small leaves. This also helps them conserve water because the pores in leaves are where most plants lose water from. Since they probably get all the light they need, having small leaves doesn't stop them from doing plenty of photosynthesizing. Wet climate plants tend to have big leaves so that they can soak up more light (think deep forrests, rainforests, shady glens). So rule #3: xeriscape plants have small leaves and wet climate plants have big leaves. 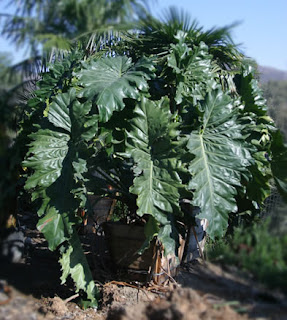 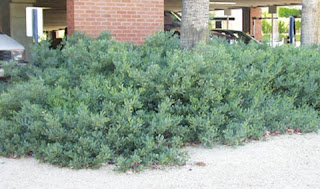 So, which is which?

The first photo, Philodendron evansii, has big waxy green leaves (and yep, it likes its water) and the second photo, Acacia redolens, has grey-green, small leaves. It is very drought tolerant.

KatePresents
Kate Wiseman is the principal landscape designer at Sage Outdoor Designs (www.sageoutdoordesigns.com). Sage offers residential design services and construction management. Her specialties include drought tolerant designs, xeriscaping (often mistakenly spelled zeroscaping), and modern landscape design. Kate has been widely published both locally and nationally and has won numerous awards for her garden designs, including the San Diego Home and Garden magazine's Garden of the Year award in 2007. Interested in a waterwise garden of your own? Please go to www.sageoutdoordesigns.com and fill in the contact us form. All content in this blog © Kate Wiseman 2012.